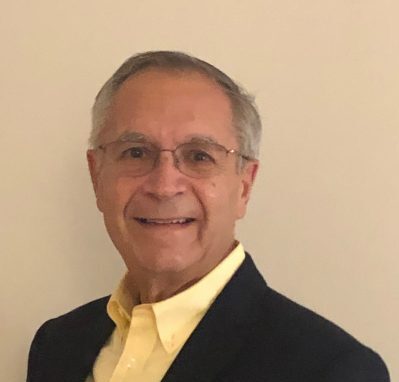 Please join us on Shabbat morning, March 14th as we honor Harry Shmunes, our sixth annual Scott Zimmerman Minyannaire of the year and all the Minyannaires at Minyannaire Shabbat.

Throughout the Jacksonville Jewish Center’s rich 120 year history, there may not be an accomplishment more significant than having a continuous daily minyan. Each day, twice a day, our members gather in the morning and evening for prayer.  It has helped build and strengthen this congregational community and provides an opportunity to help those in need of a minyan so they may recite the kaddish in memory of their departed loved one.

This does not happen automatically. Many of our members, affectionately called “Minyannaires”, take on the responsibility of attending one, two or more of these services each week.  For the past five years, we have celebrated these members during a special Minyannaires Shabbat, where they are featured participants throughout the morning service.  We have also honored one member who has gone over and above to make sure that our daily minyan thrives and flourishes.

Harry was born in Jacksonville and immediately became a participant in synagogue life.  He attended kindergarten at 3rd and Silver and continued as a student in the religious school.   In the early 1960’s, a teenage Harry began to work at the 8th Street Pic N’ Save.  Sam Bennett, a Center member and store manager, would receive phone calls every so often that there was a need for additional men to make a minyan.  So Harry, and others, would briefly leave their jobs to run over the Center and return after minyan.

Harry’s supermarket career took him to Gainesville, where he married his beloved wife Joni in 1978 where their three children were born.  He eventually returned to Jacksonville and joined the Center to ensure their Jewish education.  As he moved up the corporate ladder, it became somewhat easier for him to attend the Center’s minyan on an occasional basis.

After a brief move to Chicago in the 1990’s, he returned to Jacksonville and was able to then begin to regularly attend minyan in the mornings.  Harry felt a connection with the Monday morning minyan, with Raymond Cohen and David Zavon in leadership roles and with Mark Shorstein leading services on a regular basis.  In 2005, Marco Rand, then the chair of the religious committee, asked Harry if he could take on the responsibility of minyan captain for that day.  Harry agreed to become the captain “temporarily”, which has continued to be a running joke as he successfully took the leadership reigns for Monday mornings for the next decade.

After the passing of his beloved wife Joannie, Harry, “temporarily”, stepped back from the captain responsibilities while still attending Monday and adding additional days to also assist others with their need for a minyan.  Much of this pride and responsibility was learned from his father, who would bring Harry to minyan’s at Etz Chaim when he was younger.  His father felt a great level of responsibility to make sure there was a minyan throughout our community.  After his retirement, he would attend minyan at both the Center and Etz Chaim to make sure that both congregations would be able to have a minyan each day.  Which makes it less surprising that Harry eventually resumed “temporary” captain status for Monday mornings.

His advice to those that have not made minyan as part of their routine to just try.  Get a feel for each of each of the different minyans as each has their own level of camaraderie that may be a better match for you. Many will socialize right after the minyan, whether to gather for breakfast or even happy hour.  You will never know what you are missing until you give it a try.  Ideally, he invites you to try Monday mornings.

Please join us on Shabbat morning, March 14th as we honor Harry and all the Minyannaires on Minyannaire Shabbat.