You are here: Home » Abayudaya Unity: A Concert Event Benefiting the Jews of Uganda 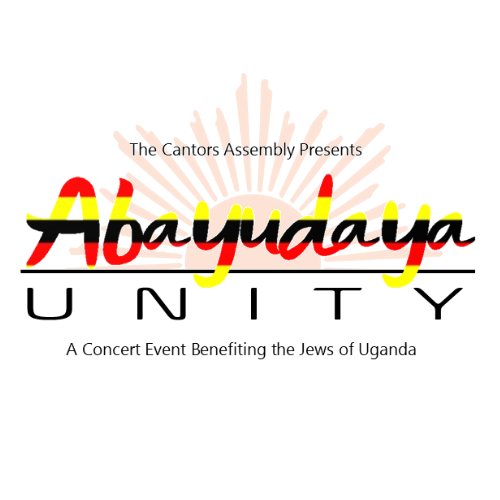 Abayudaya Unity: A Concert Event Benefiting the Jews of Uganda

Click Here to Join
For another opportunity to join Hazzan Holzer, this Cantors Assembly-sponsored program will premier on Facebook and YouTube on Monday evening. All the proceeds from this event will be distributed by our NGO partners who will ensure that the funds are used to provide immediate food relief to all Abayudaya communities and their immediate neighbors.
Ugandan Jews are no strangers to poverty and disease, but the most recent government lockdown measures to control the spread of COVID-19 have crippled their ability to succeed in that most basic of human activities: gathering food. And though conditions have eased somewhat in the cities in recent days, in the Abayudaya villages, starvation remains an imminent threat.
To help counter that threat, on Monday evening, May 11, the Cantors Assembly will premiere a concert event to benefit the Jews of Uganda,
entitled “Abayudaya Unity.” The event will appear on Facebook (www.facebook.com/AbayudayaUnityConcert) and YouTube at 8:00 PM ET and will remain available on those platforms indefinitely. Viewers will be encouraged to donate to immediate food relief efforts by visiting
www.cantors.org/abayudaya.
Featuring such celebrated artists as Noam Katz, Shefa Gold, Elana Brody, Neshama Carlebach and Menachem Creditor, along with Hazzanim Michael Stein, Jeremy Stein, Jesse Holzer, Jack Chomsky, Steven Stoehr, Michael Weis and CA President David Lipp, viewers will be introduced to leaders within the Abayudaya community along with representatives of NGOs most active in the area.
The event was inspired by a recent solidarity mission undertaken by the Cantors Assembly. Members of this mission, along with members of a similar mission by the Rabbinical Assembly will share about their encounters with the Abayudaya. “It’s meant to be a love letter to the Abayudaya from their friends outside Africa,” said Cantor Mike Weis, Director of Communications of the Cantors Assembly and producer of the project. “We thought about waiting to do this, but when you don’t know where your next meal is coming from, and armed soldiers won’t let you out of your house to find it, that’s about as immediate need as I can imagine.” “We’ve all been hit hard by the coronavirus restrictions,” added Hazzan David Lipp, current President of the Cantors Assembly, and also a member of the mission, “but what we’re
experiencing seems insignificant compared to what they’re going through.”

“Abayudaya Unity” will premiere on Facebook at www.facebook.com/AbayudayaUnityConcert, and will also be available on the Cantors Assembly website at www.cantors.org/Abayudaya.

All donations will be distributed directly to the Abayudaya and their immediate neighbors through a network of NGOs including Masorti Olami, Kulanu, Global Village Connect and Jewish Response Uganda.

Donations can be made at www.cantors.org/Abayudaya.